I was raised in a Christian family with wonderful parents. My father was a Pastor of a small church when I was very young and I heard all the missionaries that came and shared their stories of faraway lands. My greatest fear was that God would “call” me to be a missionary! So, I ran much like Jonah from the Bible. In my mid 20’s, I attended church but not really committed to Christ. I heard the men’s group was planning a trip to Tahiti to build a school.

So, I signed up! At the first information meeting, I instead saw posters for Haiti!

I said, "Hey, I thought you said we were going to Tahiti!"

They all laughed and said, "No, we said we are going to Haiti!"

I tried everything I knew not to go. I even told the guys that in order for me to go, I would need to sell my 1966 Harley Davidson Chopper (which I was trying to sell at that time for $1800). I had no offers on the bike at that price, so I told the guys I needed to get $2500 or I could not go!  I thought, now I will not have to go to Haiti! To add to that, I was not going to relist the bike for sale!

One night, the phone rang. And a guy said on the line, "Heard you got a nice scooter for sale."

I said, "Yeah, where did you hear about it?"

As he peeled off into the night, I held 25 new $100 dollar bills, shaking my head. I can still see myself outside looking into the stars and saying “Well, I guess I am going to Haiti!" 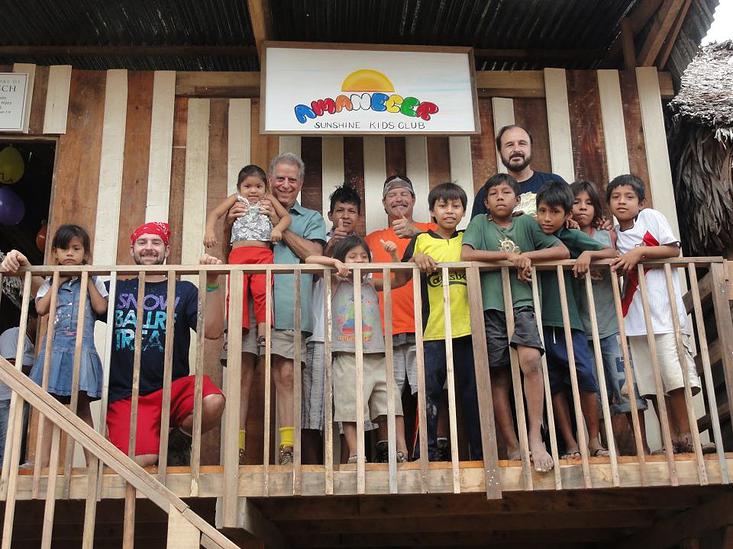 That was 1982, and it was in Haiti that GOD called me to missions and teach His Word. I gave God every reason in the book why He should choose someone else. But, He spoke to my heart and said, "But, you have a heart I can touch."

I wish I could tell you that I surrendered on the spot, but that old Jonah spirit rose up again!

In October 1983, I went again on a mission’s trip to Panama and when I came back, I could not run anymore. I told the Lord, I would go anywhere and do anything He asked, as long as He would give me His abiding peace and strength.

Well, 30+ years of teaching and preaching God’s word and 56 mission trips later to everywhere from the Peruvian Amazon to Africa to Vietnam, Susan and I are still feeling God’s abiding peace and strength.

As we embark on our next step in God’s eternal plan for us, Maranatha International Missions Ministry Inc., we ask for your prayers that the Lord would continue to be glorified in all we do.

The Great Commission is the passion of
Maranatha International Mission Ministry, Inc.
MAKE A DONATION